General nukkad-style discussions.
This forum is lightly moderated, and members are expected to moderate themselves.
Post Reply
1352 posts

Singha sir is back from vanvaas.


Around 2 a.m., Harish, 32, was roused from his sleep by a commotion outside his house on B Street. When he went to investigate, he saw a procession passing by and four youths standing near his gate. According to the police, he reprimanded them and asked them not to smoke as it was bad for their health. They got into a heated argument but dispersed after Harish told them to leave the area. However, within minutes, the four men returned with their friends, who were armed, and started abusing Harish. The verbal abuse escalated and the gang attacked Harish with knives and choppers before fleeing.

The police are not ruling out the possibility that the murder was premeditated. “Harish and his brother were part of the neighbourhood watch committee and they used to help the local police by passing on information about anti-social activities,” said a senior police officer. “This could be one of the reasons the gang murdered him.”
Top 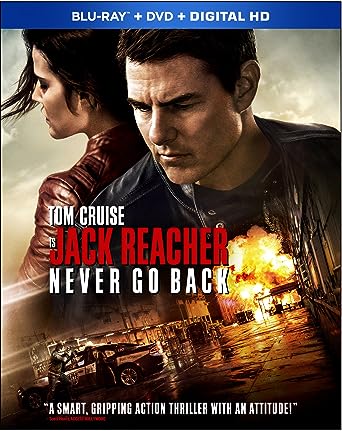 Our inhouse hakeem sahib here? Dr. Shiv, how about starting a "Religion Thread" here? I for one had learnt a lot from that thread.

Need a few dharmic/Indic threads in the new forum.
Top

Singha saar, good to see you here. I was frantically archiving your Hampi suggestions on our BRF Nukkad thread before it got deleted

arshyam wrote: ↑
Mon Oct 02, 2017 5:12 pm
Singha saar, good to see you here. I was frantically archiving your Hampi suggestions on our BRF Nukkad thread before it got deleted

where is singha saab??
Top

Singha saar, talking about the thread that got locked -- have been sorely tempted to go back and check the thread after my deranged rant, but desisted due to the same reason. No point. Here is our new home. In full agreement. We should have a thread for Nukkad bets and meets.
Top

Some of the guys took locking GDF very personally.
Top

nukkad will pick up steam soon once ppl have settled into the other threads.

the dregs and barflies can always be relied to gather here soon.
Top

I am home.
Top

Welcome jinx-master! with many elections coming up, and also cricket matches, you are invaluable

BENGALURU: Two pre-university students and their former college mate were run over by a train while they were taking selfies on the tracks near Bidadi in Ramanagara district on Tuesday.

According to railway police, the three were taking selfies lying across one of the two tracks when the Mysuru-bound Gol Gumbaz Express ran over them. "It's a double-line section and the three were lying on one track and were taking selfies as the Bengalurubound Chamundi Express passed by on the other track. Busy clicking pictures with Chamundi Express in the background, they failed to hear the horn of the approaching Gol Gumbaz Express which mowed them down," the railway police said. The bodies of three youths, who were taking selfies on a railway track near Bidadi, about 30km from Bengaluru, on Tuesday morning, were scattered across a 30-ft area, according to police.

"The bodies were mutilated and more than 80 pieces of the bodies of three youths lay scattered over a distance of 30 feet, some parts had to be picked from thick shrubs next to the tracks," a police officer added.

Railway police, along with the Bidadi police, took more than two hours to collect the scattered body parts. "Two of the three bodies are beyond recognition. The train travelling at 90kmph dragged their bodies over a distance of 30 feet. Their body parts were scattered across 193 sleepers," a police officer said.

"Prabhu and Prateek Raikar had lost their father Prakash and Poornachandra, respectively, a few years ago. The three youths had no siblings. Their mothers work with a private company to educate them," he said. Rohit's father Joseph is a cab driver. With the mobile phones of all the three destroyed in the accident, the police have a tough time to conclude the accident occurred when they were taking selfies. Ramanagara SP Ramesh Banoth said they haven't reached a conclusion yet they were taking selfies at the time of the accident."But we have not found any other purpose behind their visit to railway tracks," he said.
Top

Just testing. Did not receive any email about activation.
Top

uncertainty about how to discuss contents from social media...
Top

Question for registered bone marrow donors: Does the donor need to travel to where the patient is located or is the donation procedure done in the donor's locale and transported to patient's location?
Top

From what I know, it depends on the the location of the donor.

If it is a location with good facilities then there is no travel required. The marrow, after extraction is then transported to the hospital where the receiver has been admitted.
Top

BENGALURU: An Indian American woman living with her two teenaged daughters in Bengaluru had to seek assistance from the US Consulate in Chennai which in turn got in touch with the Prime Minister's Office (PMO) to pump out rain water that had flooded her house in HSR Layout.

Frustrated by the tepid response from the local authorities, Meena Gupta is now seriously contemplating going back to the US.

The flooding of her house occurred on September 27 when Bengaluru received heavy rain. Meena resides in Sector 6 of HSR Layout. As the water kept rising, she tried to contact local officials and elected reps but none of them responded to her calls for help.

As the SDRF could not immediately pump out water as the whole locality was flooded, they shifted Meena and her daughters to a nearby hotel.

On September 27, their area received 50 mm of rainfall. "I tried to reach local MLA Satish Reddy, MP Ananth Kumar, Joint Commissioner and Commissioner of BBMP, as the water level went on rising. Finally, the joint commissioner called back at 5.30 pm and said 'let me see'. This was the response to people in distress in the city. Fearing danger to our lives, I called the US Consulate,'' Meena said.

Meena, who runs an NGO called Let's Do Some Good Foundation that educates underprivileged children, is now thinking of returning to the US along with her two teenaged daughters who are 11th-grade students in an international school in the city.

"We Indian American women came to India with the dream of giving something back to our country, after being inspired by Prime Minister Narendra Modi's speech on initiatives like Make in India, Digital India, Swachch Bharat and brain drain. We quit jobs in prestigious firms in the US and returned to India seeking to realise these dreams but they have turned out to be false. It's a shame that one has to raise a hue and cry when in distress. What the Centre is talking about is not reflecting in the states," said 46-year-old Meena Gupta, who did her MS in Engineering from the US.

Meena said she incurred a loss of Rs 5 lakh as her office in the cellar was flooded. This apart, she spent Rs 15,000-20,000 to pump out water from the cellar and for scrubbing the walls and disinfecting the house after every flood.

"This is not just my plight. About 400 families in 5th and 6th Sectors of HSR Layout face the same situation. Not even a health inspector is visiting to take steps to prevent diseases due to mosquito breeding. The house may be strong if the foundation is strong. How else can the building withstand flood after flood?" she asked.

She said she brought her daughters to India to study and also to know their roots. "Now we plan to go back to the US where my husband, a software engineer, is settled. Some other Indian American friends who came to India with an intention of giving something back to the country have already left, seeing the
poor infrastructure, corruption and lack of professionalism among officials," said Meena, adding that many IT firms shifted their base to Hyderabad from Bengaluru for the same reason.
Top
Post Reply
1352 posts