General nukkad-style discussions.
This forum is lightly moderated, and members are expected to moderate themselves.
Post Reply
102 posts

In the spirit of 'shoot the breeze', I am starting the photography thread on BGR.

My first image on this new thread is one that I took a few years ago but I love very much. My favorite view of the NYC Skyline, from the Brooklyn Bridge Park. The Freedom Tower was not yet completed and it is thus fitting that it's top end is shrouded in the typical evening fog that envelopes the skyscrapers in Manhattan at this time of the year - fall and winter. It was after dark which is the best time to shoot from here. Hello buddy, how are you? Cool shot that.

Here's one from me to kick things off:
The South Mumbai Skyline with The ITC Grand Central Hotel, Parel in the foreground. Shot this during a BR Meet thanks to a fabulous BR gentleman who stays in the building I shot this from 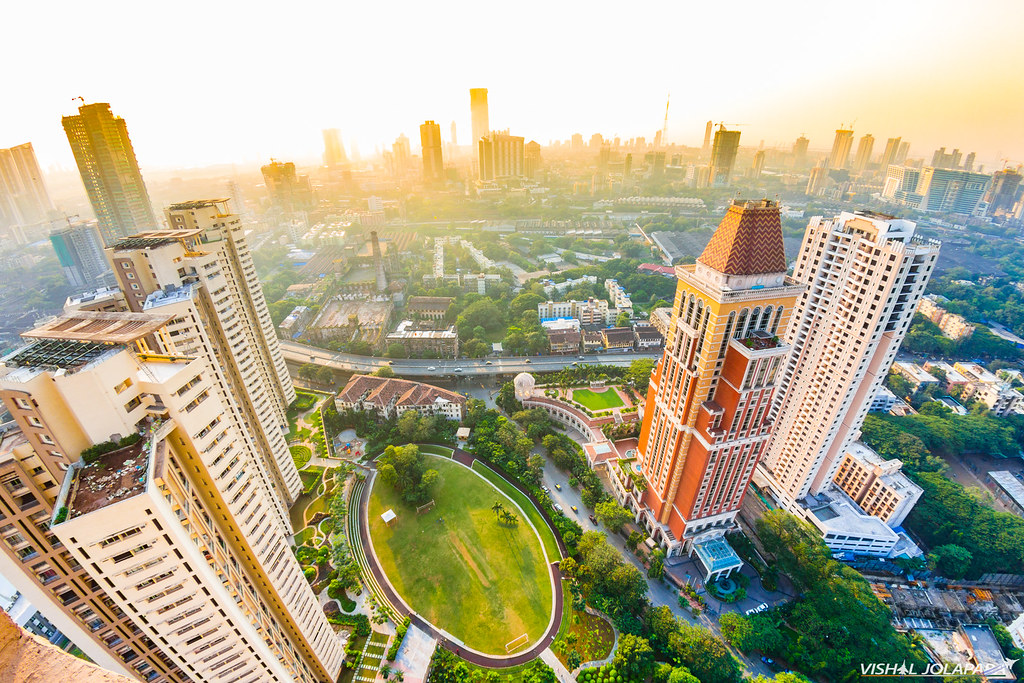 Lovely, VJ. Wide angle works really well here. Did you process this in any way? I like the perspective, but the top is blown out, although that adds a certain character to it. Nice.
Top

Thanks!
The sky was blown slightly I just made it a bit more dramatic to accentuate the evening sun & yes, processed it in Lightroom.
Top

Folks
I have a a Minolta camera Minolta Dynax Digital, excellent camera, but of late when I take a picture it does not show in the. Review display. I am told that it has been an issue for a long time with that model. It was the last production Minolta Digital cameras and they sold camera business to Sonly Sony Alpha is the copy of this model.

Can some one help get this repaired in Mumbai I am traveling tomorrow to India.

Any good camera repair shop to go to in Mumbai?

It is sold as Maxxum 7D in US
Thanks a bunch

In general digital cameras when they malfunction like this it is a difficult problem to fix and certainly in the US nobody would do that because it would cost you a lot less to simply buy a new camera. This camera is over 15 yrs old technology and honestly you could do better with your iPhone and I am not being facetious here. The developments in digital imaging have progressed at a breathtaking pace and even for something like $200 you can get a better camera these days (P&S). Of course there may be somebody in Mumbai who can repair it for less money, but then you would need time and the travel to get there. They may not fix it within your time frame either.

My suggestion is to keep the lenses and sell them on eBay or similar, buy yourself a newer camera. Even used ones are quite cheap these days - try KEH camera or B&H or Adorama, or if you are adventurous, FM Forums - IMHO the best place to buy/sell camera gear on the net.
Top

I have never done astrophotography before - it is a whole new can of worms esp if you live in densely populated urban areas, the light pollution is too much. So this was a great opportunity. Deadvlei in Namibia is an area that used to be covered with water a 1000 yrs ago when a sand dune moved across the channel feeding it and the trees all petrified. Now it is an internationally recognized landmark, the trees are all protected and the area is simply stunning in the evening or early morning light. We stayed there after dark to get this shot of the milky way behind one of the most photographed tree in the place. To get the tree to stand out, we lit it very carefully and briefly (5 seconds) with a small neutral colored flashlight.

It probably will not look the same on different monitors, I've worked on this one quite a bit, both in LR and PS, have a properly calibrated monitor which is vital for this work. 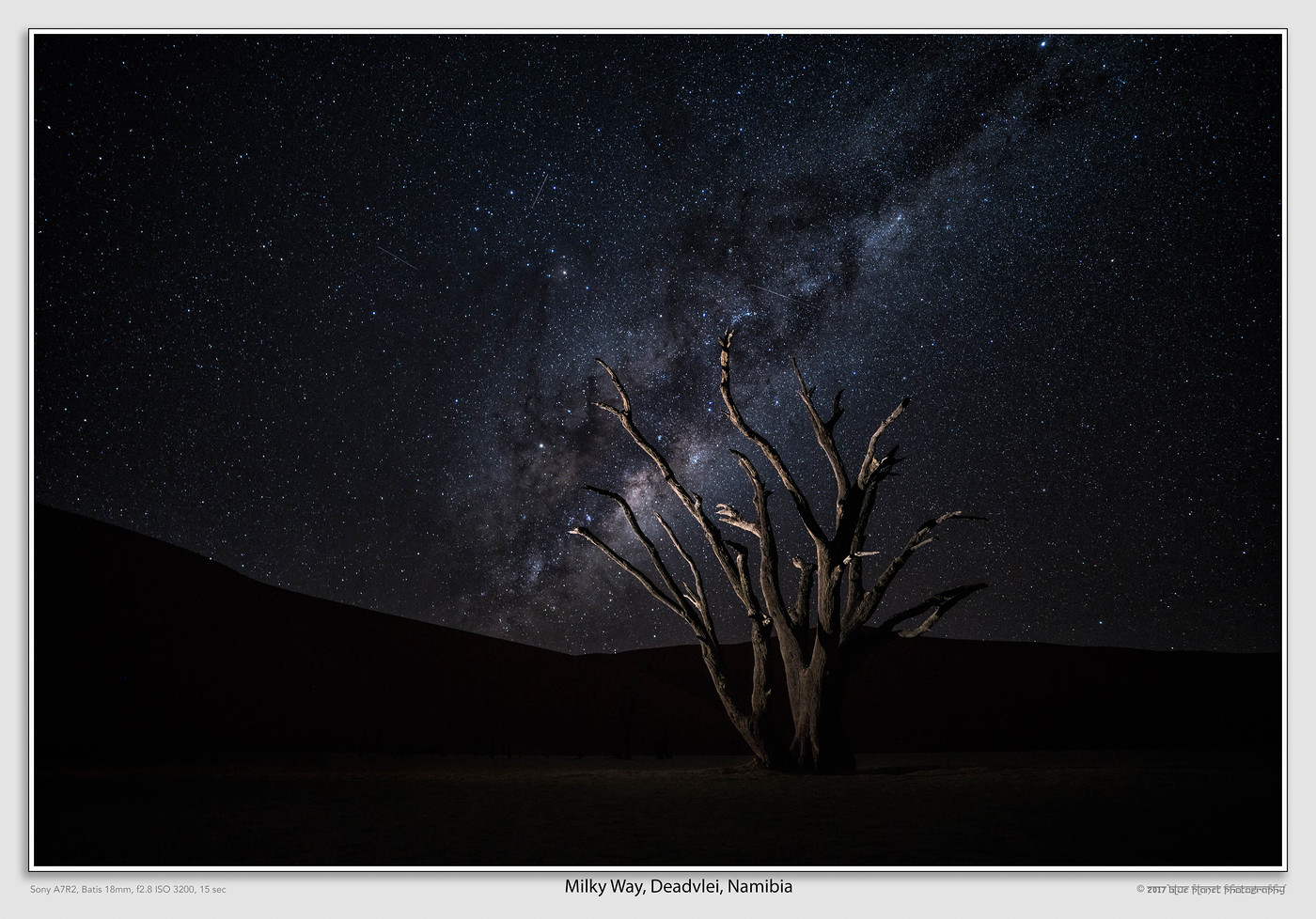 For the Deadvlei pic, what lens did you use?
Top

i am getting good value from a old D90 body with 29000 clicks on it purchased for $249 on B&H used and carried to desh by a friend.
decided against a used D7100 that cost 2X and was a bit newer. other than a sticky spot on the handgrip due to old rubber coat(fixed with a touch of baby powder) its all rock solid. it must be some 7 yrs old for sure.

as with phones I have latched on to the (latest-2gen) and added used to it.

these things are built solid and last long.

For the Deadvlei pic, what lens did you use?

It's mentioned on the bottom left of the photo
Top

Primus wrote: ↑
Thu Oct 05, 2017 1:27 pm
I have never done astrophotography before - it is a whole new can of worms esp if you live in densely populated urban areas, the light pollution is too much.

For your first attempt, excellent work!

I too attempted shooting the stars seriously for the first time only last December when I was at a friend's cottage up in the hills in Mussoorie.

It was very cold and clear in the night and just with your naked eyes I could see the volume of stars I had never seen before.
Obviously, the camera helps to bring out the best of it and I was quite pleasantly surprised by the results.

I'll edit one of those and share. The technique to produce them is so simple, yet you're so completely at the mercy of the weather

Thank you Sanju Ji. As the caption on the photo (hit Cmd + to enlarge the screen image) says, the lens used was a Zeiss-Batis 18mm prime on the Sony a7R2. I will post some tips on how to do this kind of stuff a bit later.

I too attempted shooting the stars seriously for the first time only last December when I was at a friend's cottage up in the hills in Mussoorie.

It was very cold and clear in the night and just with your naked eyes I could see the volume of stars I had never seen before.
Obviously, the camera helps to bring out the best of it and I was quite pleasantly surprised by the results.

I'll edit one of those and share. The technique to produce them is so simple, yet you're so completely at the mercy of the weather

Thanks VJ. I am sure there are plenty of places in India too where you can get excellent night photography done.

Namibia happens to be a popular destination for three reasons. One, it is one of the lowest population densities in the world and two, the air is very dry with very little moisture, hence clear skies and finally, there are some beautiful foregrounds to shoot with. I have never seen anything like it, and I travel to Africa a lot.

Here is another one from the same trip, this time in front of o quivertree, which is the national tree of Namibia I believe. You can see in this one a little light pollution to the bottom right from the small town of Keetmanshop which was over 50 miles away. 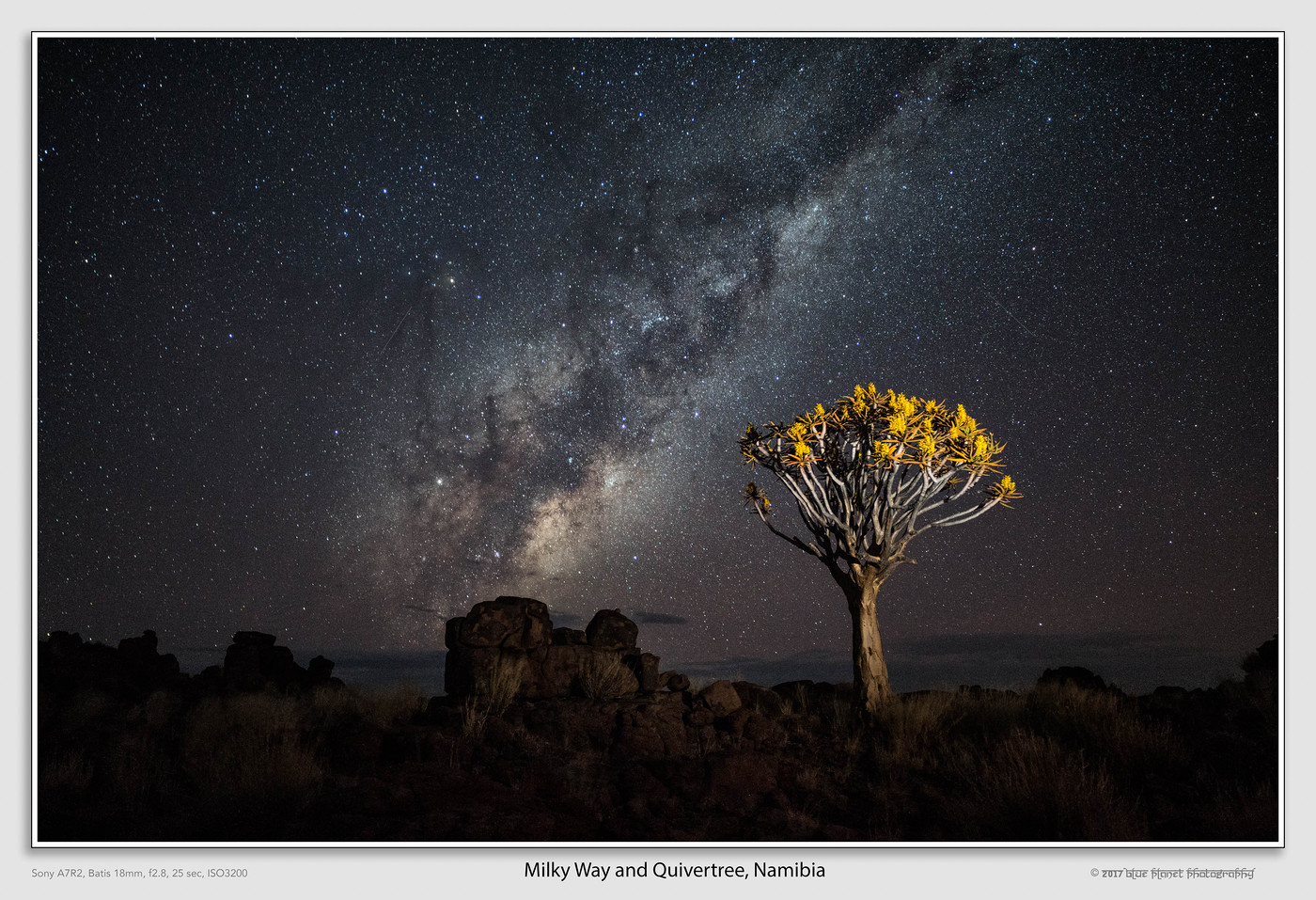 Thanks VJ saar. I saw that in the previous photo missed it on this one.

Primus ji, Africa has been on my list for a long time to visit. I am not so sure now...other priorities call. If it is destined to be I will go there else will enjoy it vicariously through your photos.

Also I liked your hosting site, may take-up a 5 year term myself.
Top

Spiti is an awesome place for night photography so are most of the high mountains. I have some from my last trek to Spiti, will try to post them when I get to upload them

A real beauty A great photo showing the beauty and power of the XB-70 Valkyrie. 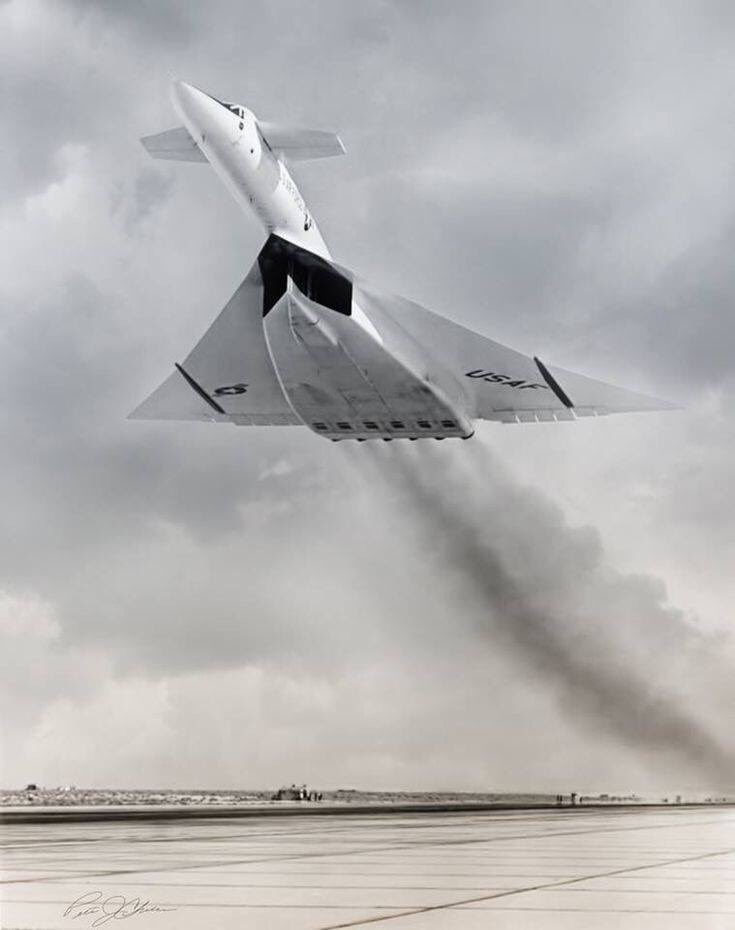 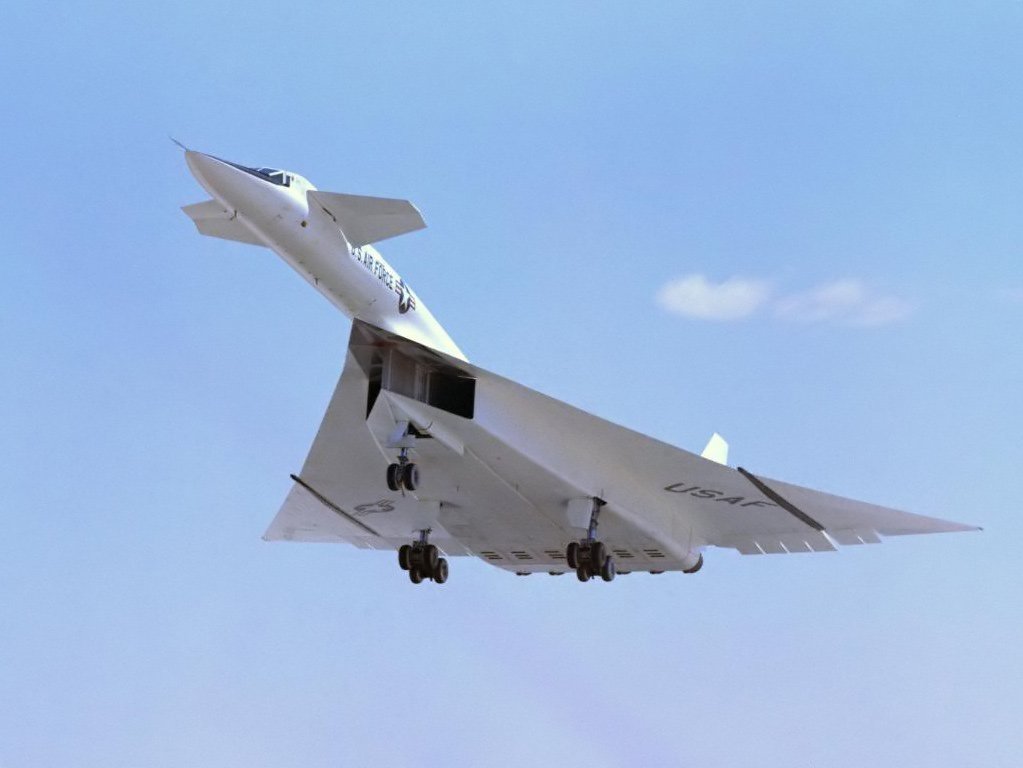 
"Possibly the greatest aerial shot of any city in the world, ever. Aerial view of Edinburgh taken in 1920. In order to get dazzling shots like this, the photographer would hang out of the aircraft with his leg tied to the seat with a rope..." 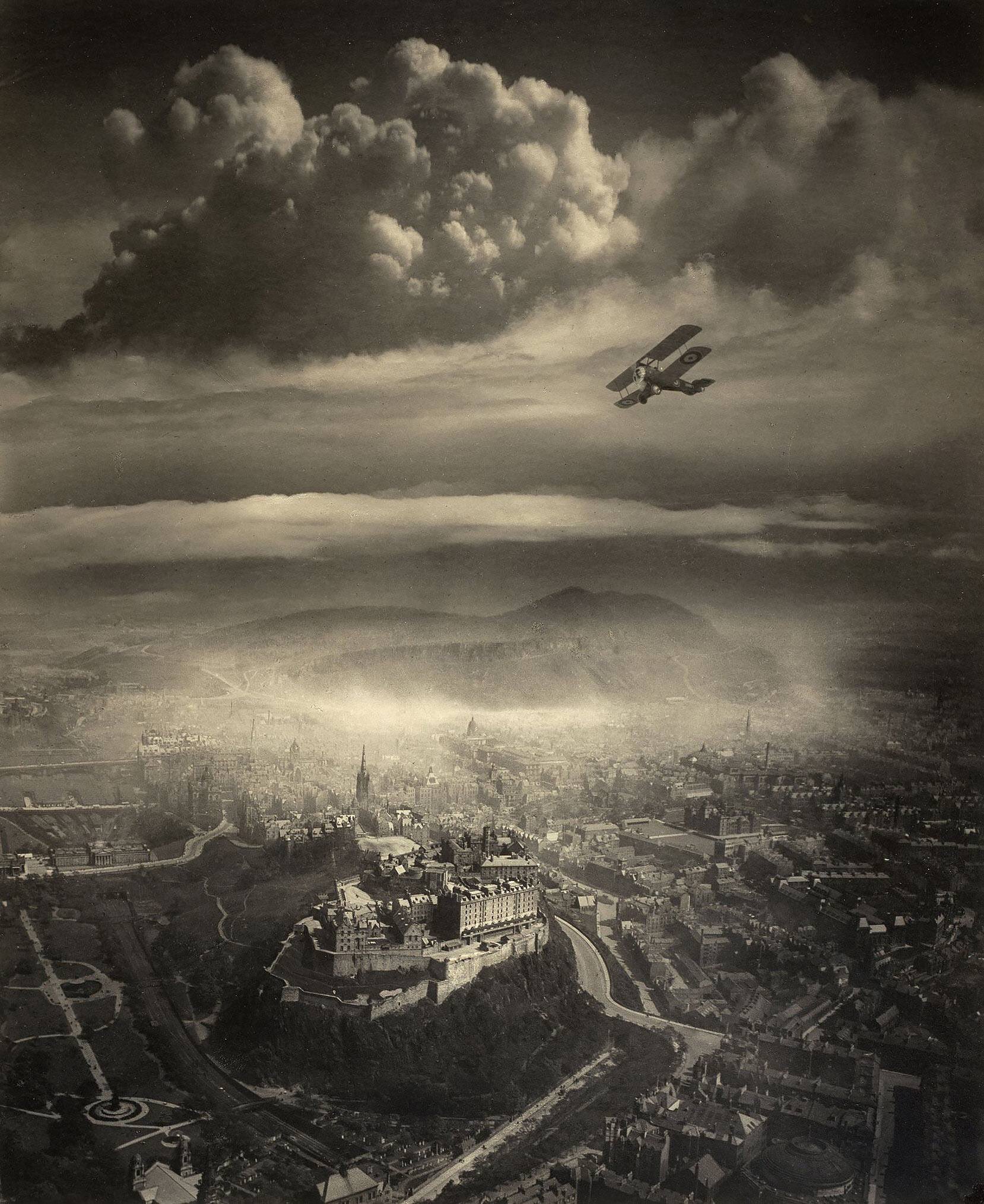 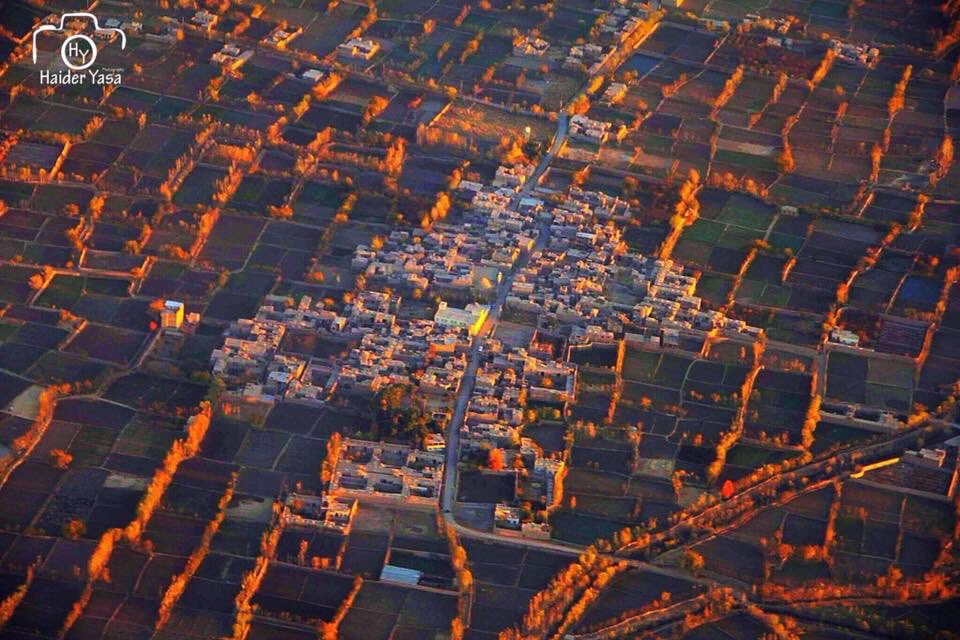 Reviving this thread with some more photos.

I am partial to sunrise and sunsets especially silhouettes and here are a few. The first one is Steller's Eagles at sunrise in the Arctic Ice Pack off the coast of Japan, at the end of its northern island of Hokkaido Here, the polar ice floats down to its southernmost extent anywhere on the planet. This is a popular spot for photographers from all over, who are taken in boats out into the sea, to where the ice may be, everything depends upon the currents and the prevailing winds. It is bitterly cold (we were there in February) and the eagles anticipate our arrival. Frozen fish is thrown on to the ice and the eagles swoop down and snatch them off the water or the ice. It is a truly spectacular sight even if you are not a photographer. Here in this image the eagles are simply waiting for the feast to start, silhouetted against the sun that has just risen. I like the sun in the frame as it is large, the eagles are backlit and well outlined.

The second image is from Namibia, taken last year, just as the sun was setting and it passed briefly through the V in the quiver tree. I climbed up on a rock to time this moment. Awesome! Thanks for posting. Is this yours? Aerial images used to be very hard to get but are much easier now with remote technology.

Drone photos are becoming very popular in competitions, a couple of National Geographic winners this year are taken with drones.
Top


That looks like a Shree Chakra or Shree Yantra
Top


That looks like a Shree Chakra or Shree Yantra

There is a lot of Hindu influence in those regions and the spread was not enforced by violence or cunning unlike others, hence the greater influence and also the acceptability.
Top

Well their airline is called Garuda, Ganesha adorns their currency notes and many other objects. The surprising thing is Indonesia has kept its tradition separate from religion, i.e. most Muslims were proud of their Hindu heritage and rich culture. But only so far, thats far changing with the onset of al Q and isis now. Its a good case study in islamisation.
Top

Ended up clicking one of the rarest shots tonight. . Milky way rising above Mcleodganj. 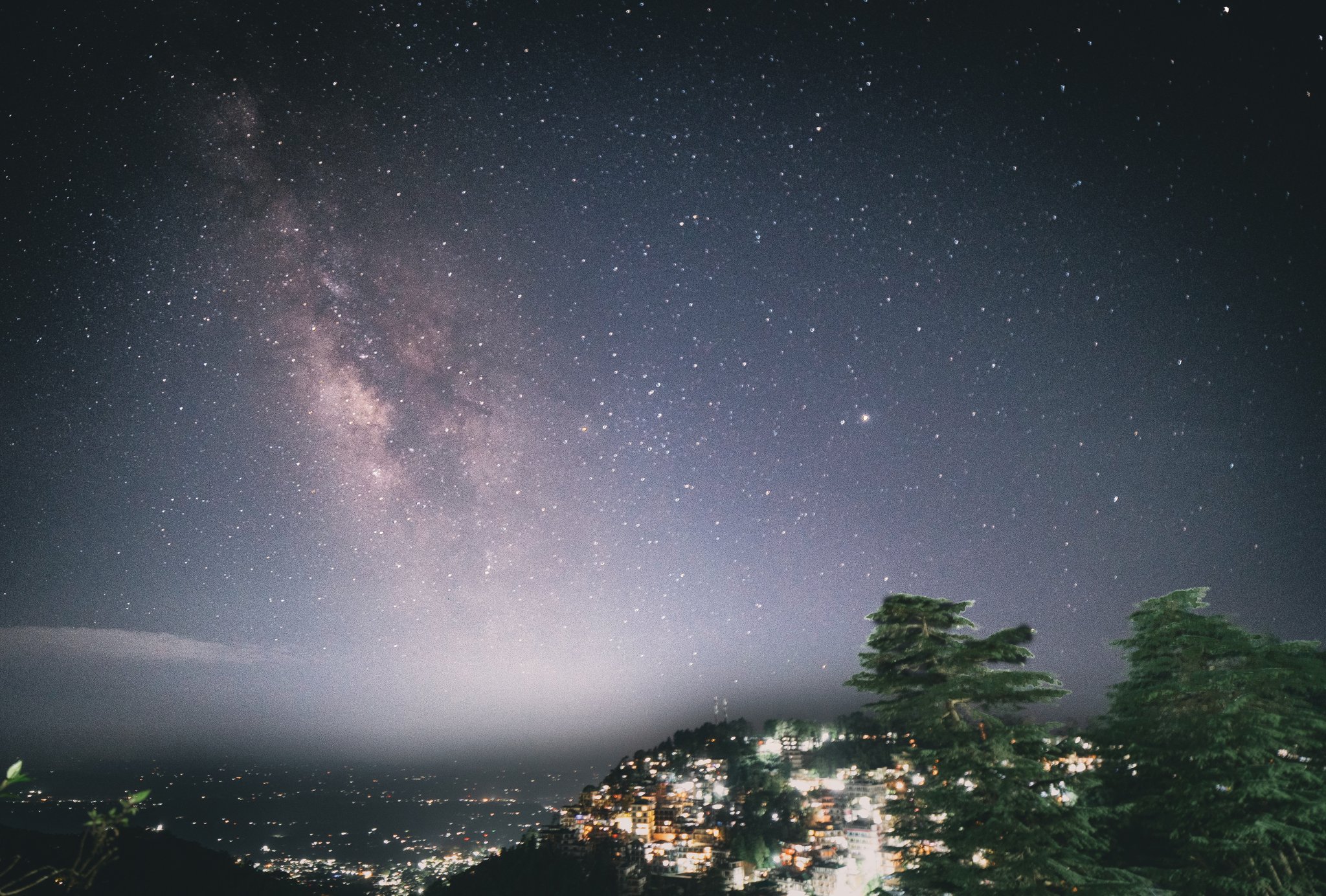